Data at your fingertips.

Recognizing the important role data plays in 21st-century decision-making and the need to quickly access data from a number of sources––all in one place––the Carl Vinson Institute of Government created GeorgiaDATA.org. The data provided are compiled from a variety of public sources and conveniently organized by county and topic.

GeorgiaDATA users can drill down by topic, visualize the data using maps and on-screen tools, and/or download selected data as Excel files. If your needs include data analysis, forecasting, projections, or GIS services, the Carl Vinson Institute of Government can assist you. Contact us for more information.

For more than 30 years, planners, developers, and policymakers from across the state have turned to the Georgia County Guide for the demographic data needed to make informed decisions. The Georgia County Guide, jointly sponsored by the University of Georgia’s Cooperative Extension and the Carl Vinson Institute of Government, is an annual print publication that provides a collection of county-level data.

In past years, the printed data found in the Georgia County Guide was also available online as the Georgia Statistics System. By providing electronic access to the County Guide data, decision-makers had immediate access to critical data that have helped them make better-informed decisions. Historically, both the print and online data have proven to be an important tool for communities, business leaders, and elected officials.

Working together for a better Georgia.

GeorgiaDATA builds upon the rich history of the Georgia County Guide and consolidates the work of several units at the University of Georgia—the Carl Vinson Institute of Government, Cooperative Extension, and the Center for Agribusiness and Economic Development—to create a powerful, data-rich source of information for key decision makers in both the public and private sectors.

In addition to hosting this comprehensive data source, the Carl Vinson Institute of Government has expert data analysts available to assist you. Use our Contact us form to request assistance. 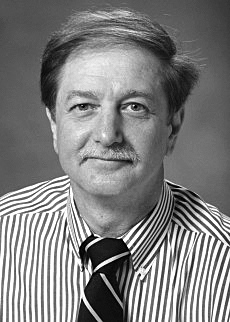 GeorgiaDATA would like to recognize the late Douglas Bachtel, a noted demographer and emeritus professor in the UGA College of Family and Consumer Sciences. In his 33 years at the University of Georgia, Dr. Bachtel was highly regarded for his ability to turn dry, complicated statistical data into easy-to-understand information that allowed elected officials, business groups, colleagues, and citizens to make better-informed decisions about the future of their communities. His data analysis efforts were often used in the preparatory processes for community economic development initiatives, and the Georgia County Guide was a tool that he promoted and supported during his distinguished career.

Dr. Bachtel retired on June 30, 2013, and was named an emeritus professor by the President of the University of Georgia in recognition of his honorable and distinguished years of service. On August 8, 2013, Dr. Bachtel died after a long battle with multiple sclerosis.

“Doug Bachtel started the Georgia County Guide and for so many years was the literal fountain of statistical knowledge about the state of Georgia and all of its cities and counties. I hope and believe he would be proud of this new vehicle to provide important data for leaders across this state to utilize when making critical decisions.” ­ – Laura Meadows, director of the Carl Vinson Institute of Government